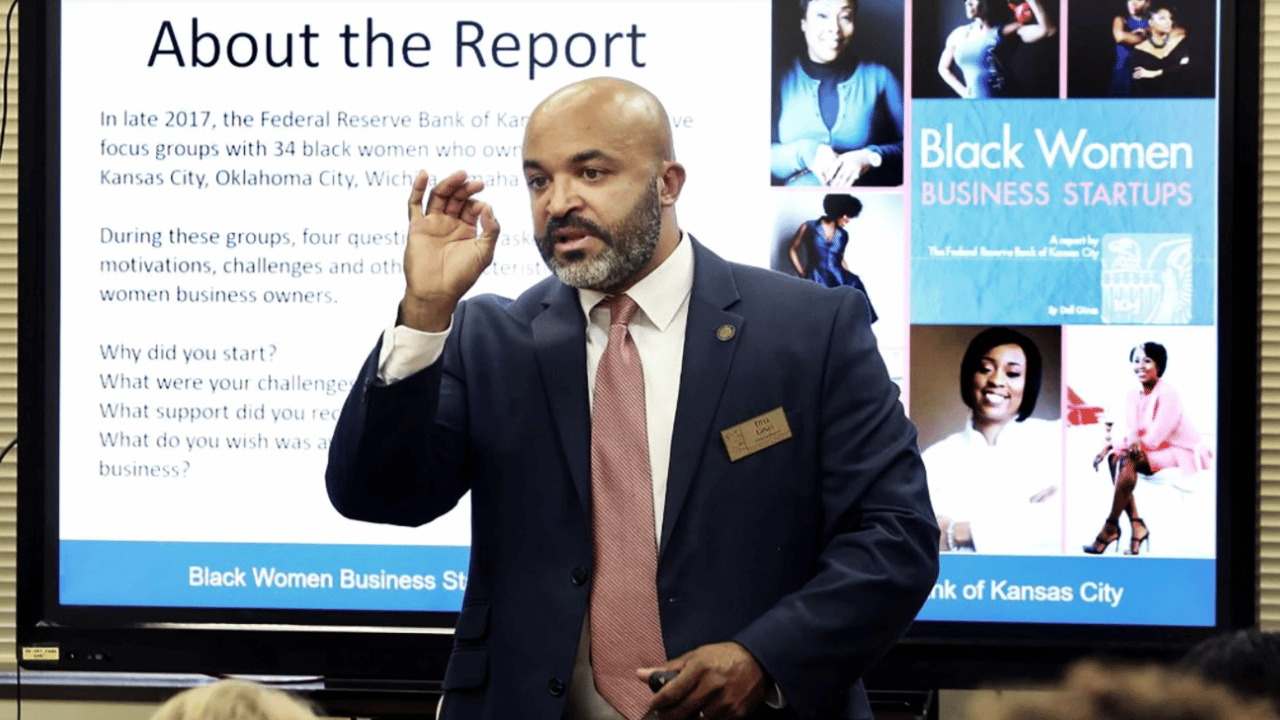 Dr. Dell Gines is Senior Community Development Advisor for the Federal Reserve Bank of Kansas City. He is a national thought leader in entrepreneurship ecosystem building with a specific focus on communities of color and economically distressed rural communities. His work has been cited in PBS, Forbes, Black Enterprise, CNN Business, and Entrepreneur Magazine. Dell is a sought-after speaker, often serving as a keynote for rural and urban conferences across the country. He lives in Omaha with his family.

Over the past decade, I have spent time discussing the economic development potential of entrepreneurship ecosystem building over 24 states to over 25,000 individuals and in countless articles, blog posts, and tweets. More importantly, I am a lifelong resident of North Omaha. As a Generation Xer, I have seen political leaders and community leaders come and go and dramatic transformations in the city as it spread first out west and then downtown and then along the riverfront. The one thing that has been consistent during my life here is the lack of quality economic development in this area of the city. We must do something different from what we have done to get a better, more equitable result in the future. I suggest we focus on inclusive entrepreneurship ecosystem building.

It’s no secret that North Omaha has historically been underinvested in. The population of North Omaha is majority Black and has a significantly lower household income than the city average. Most people may not realize that North Omaha, which for this article’s purpose is defined as zip codes 68110, 68111, and 68104, has lost over 3,500 residents and 16% of its Black population from 2000 to 2017. Many of the individuals who have left North Omaha have left the state. During this same period, the population of the City of Omaha grew by approximately 15%. This decline in North Omaha population is despite the massive economic growth in what is now called North Downtown. North Downtown is adjacent to the southern side of North Omaha. As hotels now abound to the immediate south, and the riverfront has been redeveloped to the adjacent southeast, North Omaha continues to languish and is on the precipice of gentrification. 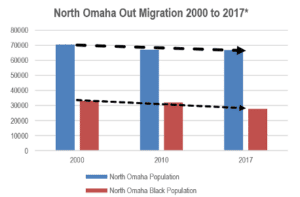 Omaha is known as a big-box developer town. Check the attention and press releases that showcase the “big company X” that came and “brought in X many jobs” and “X amount of capital investment.” Large corporations and big businesses drive Omaha’s economic development. For the city as a whole, this strategy has worked. We routinely see Omaha celebrated in national top ten lists. This begs this question then:

How can a city that does such a great job of attracting and retaining large corporations and seemingly ranks high enough to get the attention of these economic and quality of life top ten lists do such a terrible job in developing North Omaha?

There is no single answer to the economic development failure of North Omaha. There are issues of race, class, entrenched economic development philosophies, power imbalances, and social and cultural orientations that can inhibit growth all at play. There are also no single solutions to this challenge. However, I believe that inclusive entrepreneurship ecosystem building can play a catalytic role in spurring transformative growth in North Omaha and creating more systemic positive change.

Entrepreneurship ecosystems have been defined in many ways. However, the Kauffman Foundation has a definition that I find useful for this article:

The essence of an entrepreneurial ecosystem is its people and the culture of trust and collaboration that allows them to interact successfully. The ecosystem allows for the fast flow of talent, information, and resources so that entrepreneurs can quickly find what they need at each stage of growth. As a result, the whole is greater than the sum of its separate parts.

From a structural standpoint, entrepreneurship ecosystems consist of six elements that must work together to achieve the best results. There are three personal elements entrepreneurs need to have to be successful:

There are also three environmental elements that support entrepreneurs as they start and build companies. These are:

A good entrepreneurship ecosystem sees all these elements working together at a high level to produce strong entrepreneurs and improved economic growth. 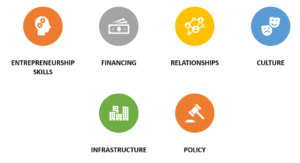 The active identification of, listening to, support of, and eliminating barriers for entrepreneurs from socially and economically disadvantaged groups and geographic locations.

When we combine inclusive with entrepreneurship ecosystem building and the elements that compose it, you develop a radically different way to develop North Omaha. It is different in the following ways:

•   It prioritizes the local population and their entrepreneurial ability.
•   It listens to the needs of the local population and their entrepreneurs and positions them in decision-making roles.
•   It prioritizes addressing the entrepreneurship ecosystem and strengthening the elements of an ecosystem as a whole instead of focusing on very narrow programs.
•   It values and cultivates authentic relationships that lead to high-quality information exchange and opportunities for North Omaha entrepreneurs.
•   It holds itself accountable for correcting past economic development mistakes and continues to self-assess to ensure it is not making the same mistakes in the future.

To have better, more equitable outcomes in North Omaha, we need better, more equitable, and inclusive economic development strategies. My suggestion is the prioritization of inclusive entrepreneurship ecosystem building. I want to conclude by saying we do not have much time. The potential for gentrification is high in North Omaha. The outmigration to other cities around the nation by many disheartened Omaha Black people is high also. We can do better as a city.

The views in this article do not necessarily represent the views of the Federal Reserve Bank of Kansas City. To read more about inclusive entrepreneurship ecosystem building, visit Dell’s website.

Located on approximately 50 acres at 13th and Nicholas Street in Omaha, the Millwork Commons neighborhood inspires and supports the work of innovators and creators — within the neighborhood and across our city.

Keep up to date